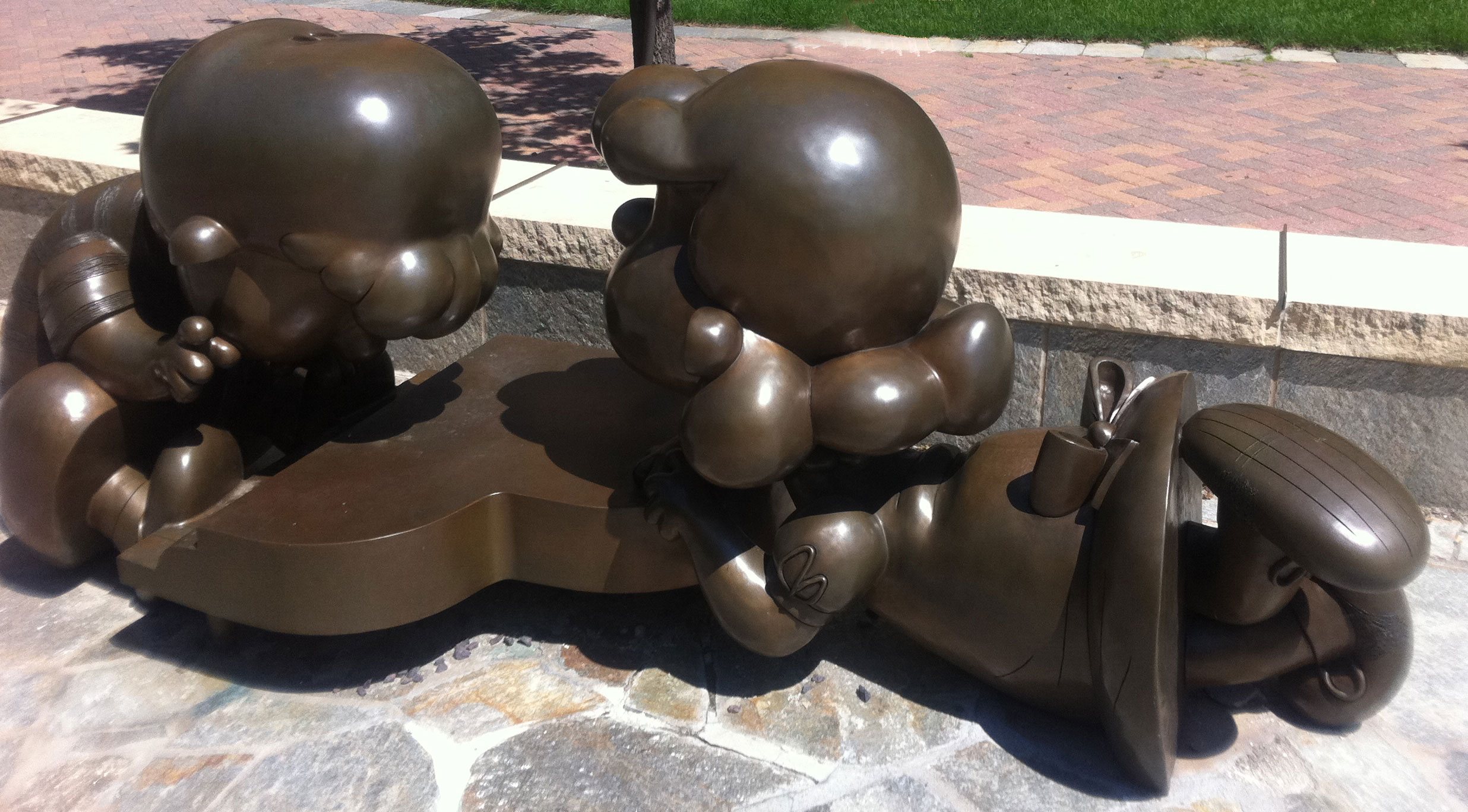 The photo’s subject (above) is one of several outdoor sculptures of Peanuts characters in and around St. Paul’s Rice Park. Schroeder is most likely playing Beethoven, while Lucy adoringly looks on with rapt attention. On a recent visit to the Minneapolis/St. Paul area, I was charmed by this and other outdoor sculptures of Charles Schultz’s famous Peanuts characters. I also happily stumbled upon The Schubert Club Museum, located in one of the historical buildings that flank Rice Park.

The entrance of The Schubert Club Museum contains a remarkable sculpture made up of dozens of instruments. 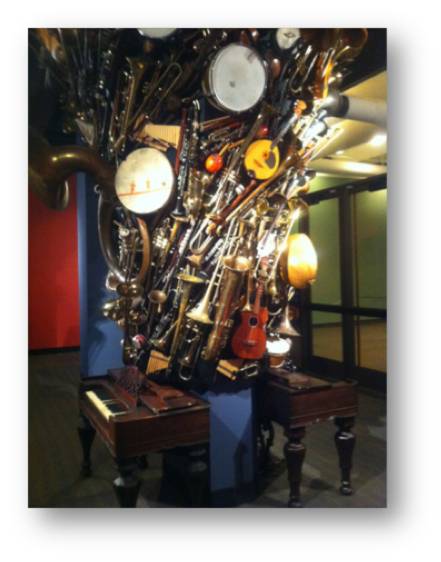 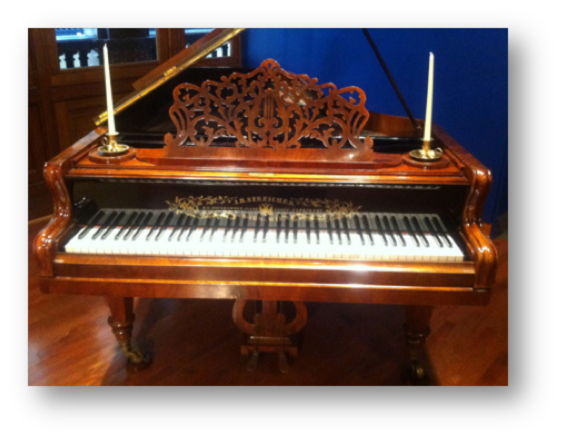 Below is a closeup of the keyboard of the first grand piano, Broadwood 1795. 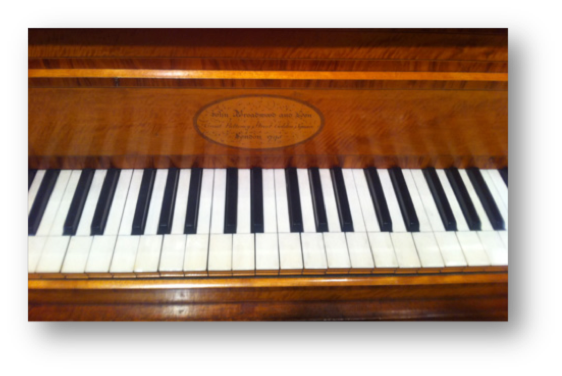 The Schubert Club’s Museum website includes a section which compares the sound of various keyboards playing Mozart’s “Twinkle, Twinkle.” The range of sounds is astonishing.

This all got me thinking about music clubs, and how they originated in this country. I started looking into it and there are several music clubs throughout the U.S., which have adopted the names of various famous composers. For example, there is the Beethoven Music Club in Memphis, established in 1888 and still in existence today. There is also the more recently established Mainly Mozart Amadeus Club in San Diego. No doubt several of these music clubs and societies have now become defunct, such as the Liederkreis in New York, which had an orchestra, and whose members played and sang mostly German classical music. Nevertheless, there does exist a governing body that oversees music clubs in the U.S. called The National Federation of Music Clubs.

Beyond music clubs, there are also academic societies, such as the American Institute for Verdi studies.

In Europe, there is Vienna’s prestigious Gesellschaft der Musikfreunde, which translates to Society of Music Friends, also known as the Musikverein, or Music Association.

It’s tempting to think that the Schubert Music Society’s primary goal was to help preserve his name and legacy, but one of the museum’s guides shared with me that the Schubert music club associated themselves with Schubert probably because other music clubs in the U.S. had already adopted the names of other famous composers!

From all the descriptions I’ve read, it seems that most music clubs came into being to organize the common interest of a group of music lovers. Some of the members performed music, but they also devoted time and energy inviting singers and musicians of note to perform at their clubs, and to the promotion and support of music education.

Have you unexpectedly stumbled upon a cultural gem during your travels? Tell us about it in the comments section below!