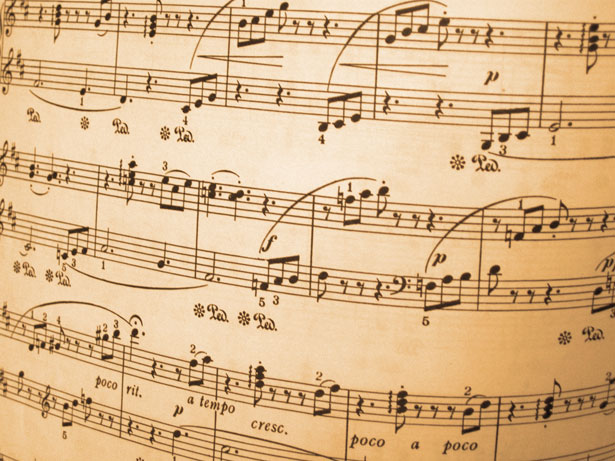 The image below is part of a Tibetan musical score from the 19th century. While it might look very foreign to Western eyes, it is a great example of the variations that exist in musical notation systems throughout the world. The visual aspects hint at a system that seems unfathomable to untrained eyes.

As mentioned in our previous post, musical notation developed alongside cuneiform script from ancient Mesopotamia. As languages evolved, notational systems likewise took shape in various ways throughout the world. As cataloged in the article “Notation”, these systems can use letters of the alphabet, syllables, vowels, words, numbers, graphic signs or hybrid systems that combine two or more of these elements. 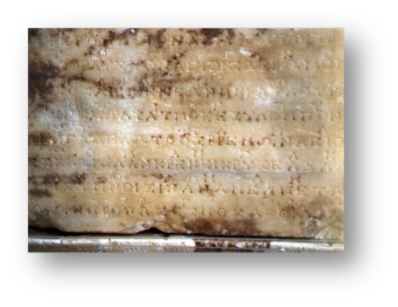 Ancient Greek musical notation used letters of the alphabet, and also: “…was capable of representing pitch, note duration and, to a limited extent, harmony. It consisted of symbols placed above text syllables…”(2)

By contrast, Japanese, Chinese, Balinese and South Asian notational systems use syllables. The image below is of the complex Chinese gongche notation for the guqin (string instrument), which consists of ten characters, or ideograms. Each ideogram stands for a syllable, which in turn represents a note: 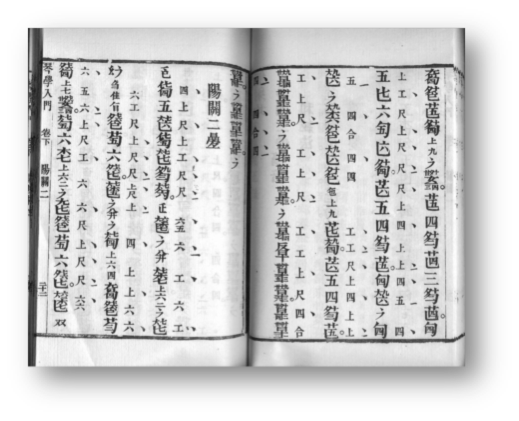 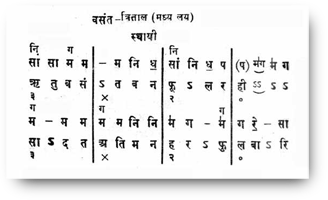 Western music notation uses words, but “almost never on the staff…above or below it, or in the margin”(1), as shown in Chopin’s score below: 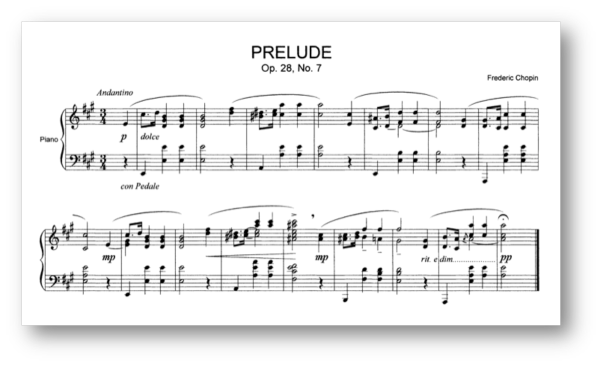 This Chopin score also illustrates the use of numbers in Western notation to specify meter and to show time signatures (3:4, in this case). Another complex Chinese notation system, the ancient jianzi pu for the Qin (lute or string instrument) also uses numbers.

Graphic signs in Western notation include dots, empty or filled noteheads, stems, and the apostrophe, used to signify a breath, or pause. Braille notation for the blind is another example of graphical notation.

You can read the first post in our series on Sheet Music History here, and watch for our upcoming post on Western notation.

2. The Early History of Sheet Music in Western Civilization | by Victor Epand | http://ezinearticles.com/?The-Early-History-of-Sheet-Music-in-Western-Civilization&id=1544865

3. The History of Sheet Music | by Christina Hamlett | http://www.ehow.com/about_5084773_history-sheet-music.html

All images in the Public Domain